iBEAM robotics is a style of robotics that primarily uses simple analogue circuits, such as comparators, instead of a microprocessor in order to produce an unusually simple design. While not as flexible as microprocessor based robotics, BEAM robotics can be robust and efficient in performing the task for which it was designed. Robots that use both analog and microprocessor electronics are known as ?mutants?. BEAM robots may use a set of the analog circuits, mimicking biological neurons, to facilitate the robot?s response to its working environment. The word ?BEAM? in BEAM robotics is an acronym for Biology, Electronics, Aesthetics, and Mechanics. More information about BEAM robotics visit http://www.beam-wiki.org.

iBEAM robot is the simple autonomous robot that using this concept. iBEAM uses the key component Op-Amp integrated circuit to work with line tracking sensors and simple mechanical parts. The robot moves along the black line automatically without any microcontroller and no programming. iBEAM is a Non-programmable robot. This is the simplest form of line tracking robot with BEAM robotics. Learn
about both the basic electronics and operation of a simple automatic control system.

Click on the left and right arrows to scroll the pictures 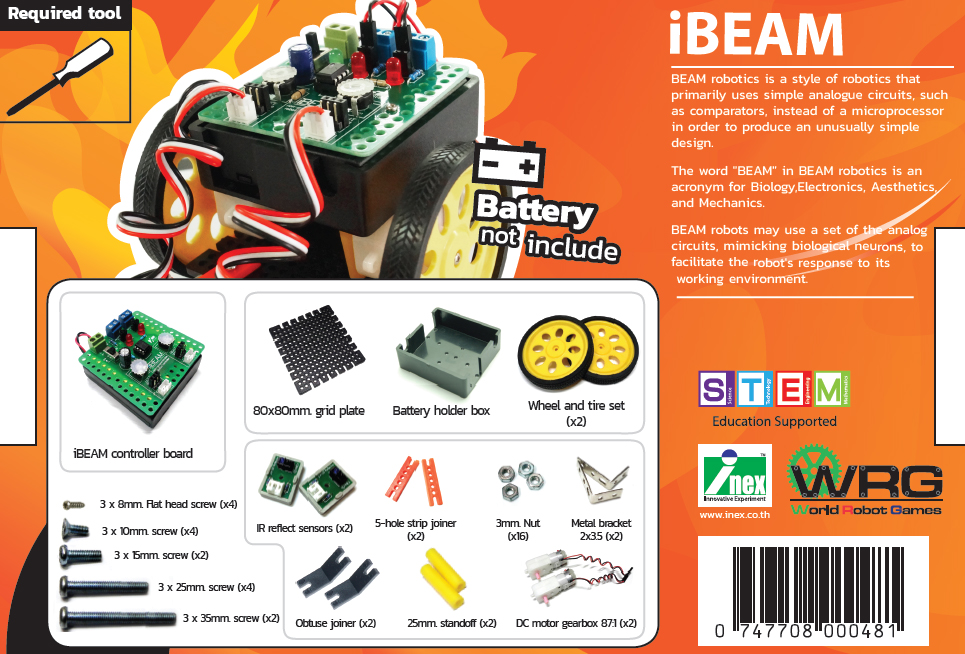